Details on what financial reports are offered and how that data is calculated and should be utilized.

Lodgix offers a comprehensive suite of reports to slice, dice and export your data in a variety of ways. 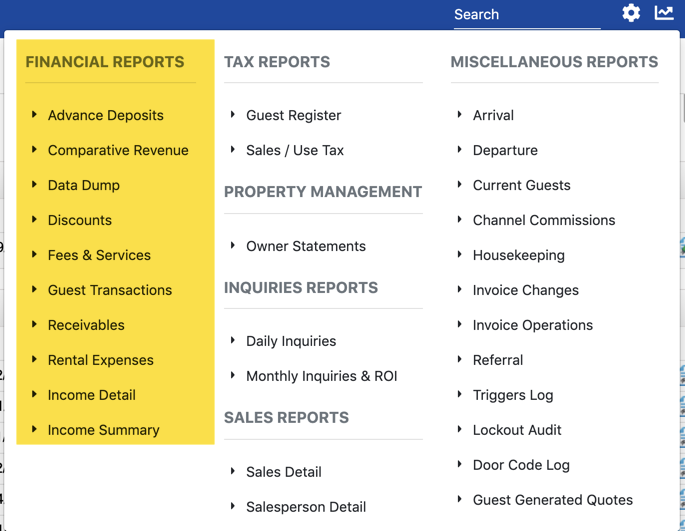 All financial reports can exported to excel or printed as a pdf.

The Advance Deposits report allows the property manager to report on how much money has been taken in as a reservation deposit for stays that have not yet occurred. 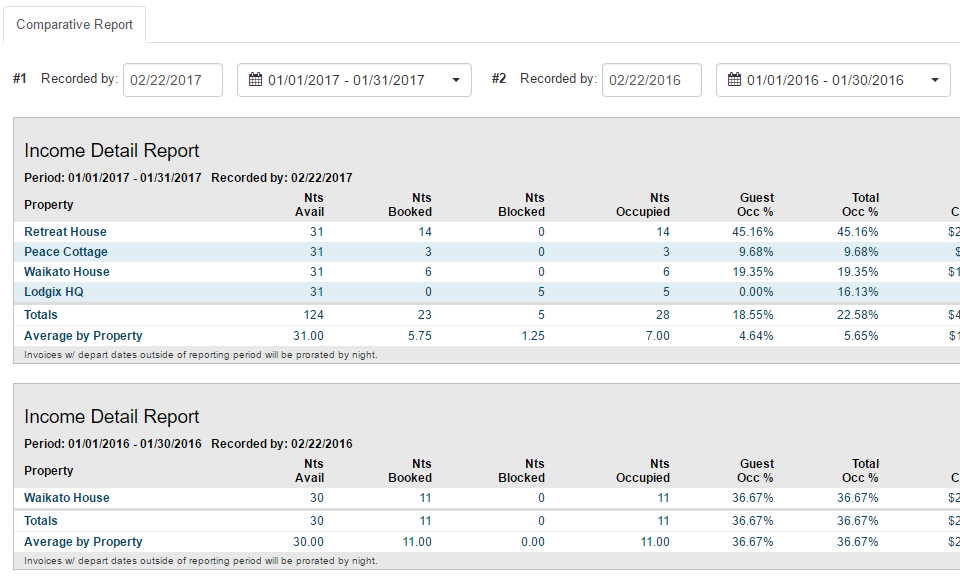 The Comparative Revenue Report compares two income detail reports to show all bookings that were recorded by a certain date for any given year. This data allows you to make mid course corrections in the event that your bookings are down (or up!).

The Data Dump report is not really a report. It's primary purpose is use as a data backup. However if you have data that you want to parse using your own tools, the Data Dump Report will spit it all out for a given time frame, and download it directly into excel. It doesn't output to the screen due to the number of columns in the report.

As an example, if the data dump report is run for a period of 1 December to 31 December and there is a guest invoice with an arrival date of 30 Nov and a departure date of 7 Dec, the invoice totals for that entire guest stay will be included on the data dump even though 1 night of the stay was in November.

The Discounts Report displays an itemized list of any invoices containing automated or coupon code related discounts for a specific period of time. 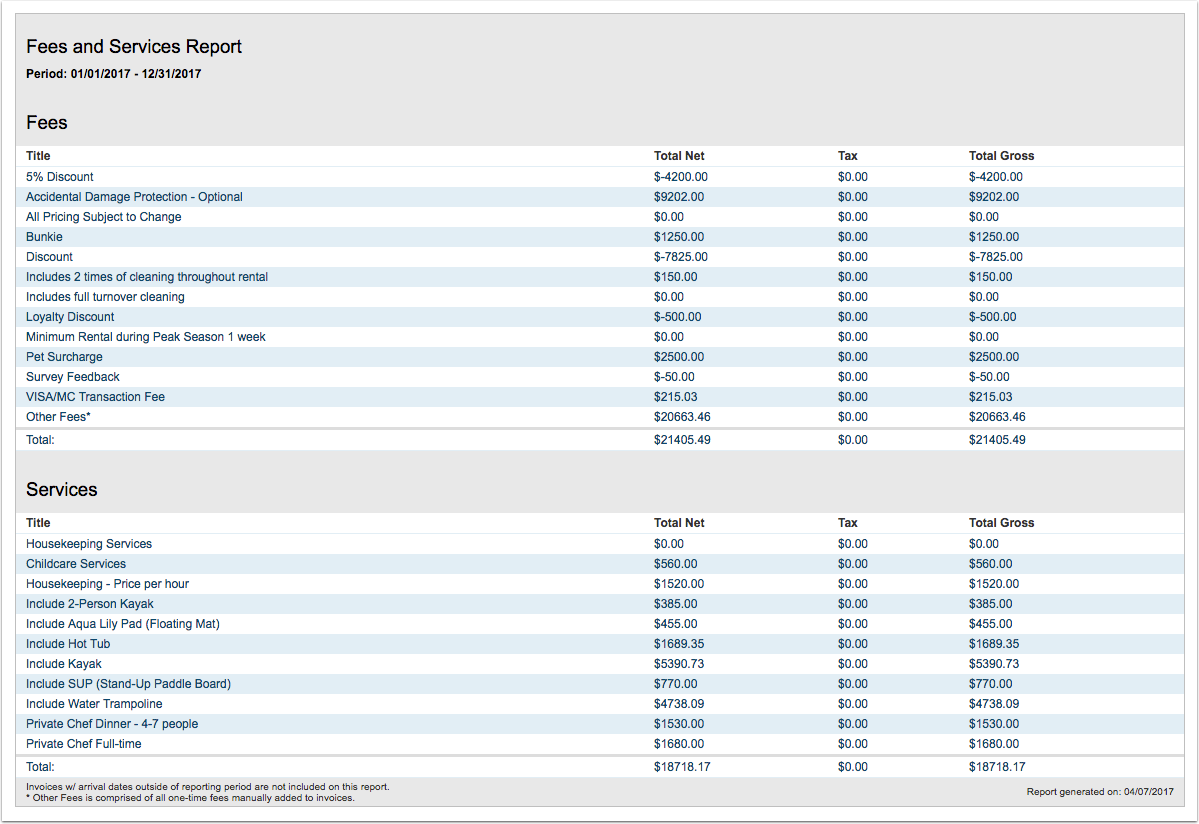 The Fees and Services Report displays an itemized list of all service and fee revenue for the reporting period. One-time fees manually added to invoices are all grouped and listed as "Other Fees".

However, for the income detail report, which also reports on fee / service revenue, days are prorated in a reservation if the reservation spans through the reporting period. That will result it inconsistencies if amounts are compared across multiple reports. How the report is calculated is always shown at the bottom of the report.

The Receivables Report shows all owed monies broken out by month. The report can also report on all or selected individual units. If an invoice is in an unconfirmed state and the guest has to pay the confirmation amount by a certain date and the remaining balance at a later date, that invoice will be listed twice on the report in the respective month in which monies are owed.

How is the Income Detail Report Calculated?

NOTE: TOTAL REVENUES = DOES NOT INCLUDE TAX

If the arrival and departure dates on the guest invoice fall within the reporting period of the report, then the invoice totals are used. However, using the same example as was used in the data dump report, if the Income Detail report is run for a period of 1 December to 31 December and there is a guest invoice with an arrival date of 30 Nov and a departure date of 7 Dec, the Income Detail report will use a formula to determine what portion of the revenue on that invoice can be attributed to 1 Dec to 7 Dec.